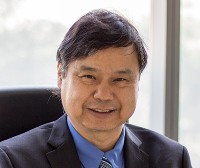 Dr. Liping Fang joined the Department of Mechanical Engineering at Toronto Metropolitan University (formerly Ryerson) as an assistant professor in 1993, and was promoted to the ranks of associate professor and professor in 1998 and 2002, respectively. Since joining the university, Dr. Fang has ta...

Dr. Liping Fang joined the Department of Mechanical Engineering at Toronto Metropolitan University (formerly Ryerson) as an assistant professor in 1993, and was promoted to the ranks of associate professor and professor in 1998 and 2002, respectively. Since joining the university, Dr. Fang has taught a large number of undergraduate courses in industrial engineering and has developed and taught two graduate courses. Moreover, he has supervised numerous undergraduate students for their capstone design projects as well as many Master’s and PhD students.

Dr. Fang received his BEng degree in Electrical Engineering from Tianjin University, China in 1982, and his MASc and PhD degrees in Systems Design Engineering from the University of Waterloo in 1985 and 1989, respectively. His research has been supported by government agencies, including NSERC Discovery grants since 1994, and private industry. His publication record includes two books, one edited book, 47 refereed journal papers, three encyclopedia articles, two yearbook articles, and 72 refereed conference papers. In 2008, Dr. Fang received the Ryerson-Sarwan Sahota Distinguished Scholar Award, and in 2006, the Research Excellence Award from the Faculty of Engineering, Architecture and Science.

Dr. Fang’s extensive administrative experience at the university includes serving as chair of the Department of Mechanical and Industrial Engineering for the past eight years; associate chair (2002 to 2004); director of the industrial engineering program (1998 to 2000 and 2001 to 2003); member of the Departmental Appointments Committee (1998 to 2000 and 2001 to 2012), which recruited nearly 30 faculty members in mechanical, aerospace, and industrial Engineering; member of the university's Board of Governors (2007 to 2009) and Senate (2010 to 2012); and member of many committees at the departmental, faculty, and university levels. In addition, Dr. Fang has been deeply involved in the development of undergraduate and graduate programs for many years.

External to the university, Dr. Fang has been highly active in serving various professional communities. In particular, he has served as an associate editor or member of the editorial board of four international journals, and as conference general chair, program co-chair, and finance chair of major international conferences. In 2007, he was a recipient of the Most Active SMC Technical Committee Award from the IEEE Systems, Man, and Cybernetics (SMC) Society. He is a registered Professional Engineer in Ontario as well as Fellow of the Engineering Institute of Canada (EIC) and Canadian Society for Mechanical Engineering (CSME).